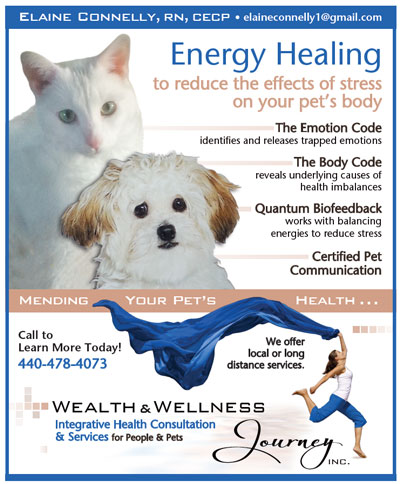 I have learned and been certified to communicate with pets to resolve any of their behavioral and emotional issues, let owners know about any issues with their pets in their own words, and connect to their pets-in-spirit.

As an energy practitioner, it has been extremely beneficial to be able to speak to the pets as I evaluate issues of concern that the owners have related to me.

When you lose a pet, it can be devastating and grieving can be overwhelming as we experience a gaping hole in our hearts and many unanswered questions remain with us. This is an opportunity to connect with your pet on the spirit level via animal communication.

I am an advocate for both you and your pet in body, mind, and health and wellness.

The field of Veterinary Medicine has been relatively quick to recognize and utilize the beneficial properties of magnets. Horses, dogs and cats are animals often much beloved by humans and on whom we tend to spend a lot of money. They therefore often tend to receive the most developed forms of veterinary care. Horse owners have really taken to magnets because horses are vulnerable to aches and sprains. Experience has shown that horses respond very well to magnet therapy. Horse vets found that using magnets accelerated the balancing process and in some cases allowed balancing to happen when nothing else worked. Nowadays, these vets put magnets on horses any time there’s any kind of achiness, on arthritis, and on acute and chronic injuries, such as tendon and ligament injuries, muscle strains, fractures and laminitis. 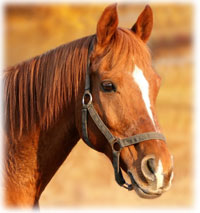 David’s mare came from the pasture with a lot of swelling especially in the right hind leg. The following day she was very lame on her left hind leg. He put small magnets on her legs and the injured leg bone, and the mare stood on her injured leg. 3 hours later she was walking soundly. Magnets have been used on horses to treat asthma, anxiety, nerve damage, fatigue, and decreased well-being. It is harder to use magnets with dogs and cats because they tend to lick them off. If the vet puts a magnetic pad in the animal’s cage, the animal seems to be attracted to it and almost always chooses to lie on it.

The disorders common in household pets mirror our own common ailments, and largely for the same reasons: lack of exercise and a sedentary lifestyle leading to arthritic and circulatory conditions. Pets can also suffer adverse effects from exposure to electric fields, just as we do.

Dr. Richard Rogachefsky completed a study on 18 dogs with osteoarthritis. The study divided the dogs into 3 groups. Six were given no treatment. Six were given a magnetic pad to lie on and six had a sham pad as a control placebo. After 12 weeks, it was very clear that the dogs with the magnetic pads fared much better and suffered from markedly less degeneration than either the sham pad group or the non-treatment group. 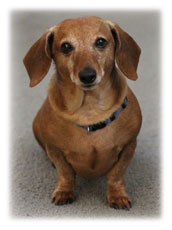 Becky’s dog Spencer, a dachshund, was having severe back problems near his hind legs. The dog could not jump up on Becky’s bed (where he slept at night) or go up or down stairs. Becky put Spencer on a magnetic pad. Within hours Spencer was doing much better, and was jumping around like his regular self in a few days. 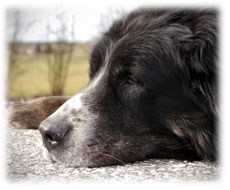 8 year old dog was having seizures. Ann put a magnetic necklace around the dog’s neck and his seizures stopped. Then she cut up mini pieces of magnets to wear in his collar and her dog was doing fine.

Sallye’s 13 year old cat, Rascal, was relegated to her damp, dank basement for 2 years due to her incontinence. The vet proposed removing a kidney, but Sallye would not agree to that. Sallye put her cat on a magnetic pet pad to see what would happen. About 2 weeks later, the cat’s stools and urine were no longer bloody. Soon Rascal was running around like a young kitten again.

15 year old cat, Tina, suffered from renal failure, was taking 3 very expensive medications, and was not doing well. Lyn’s sister gave Tina a magnetic pad to sleep on. Tina got better and was taken off 2 medications and began acting like a kitten again.